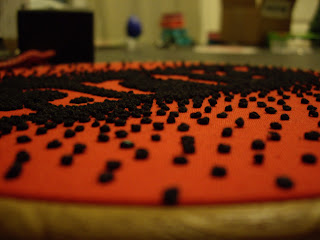 Happy New Year everybody! For two boys that I love very much, I made these two 10" namesake Hoops for Christmas. I was really happy with the way they turned out. I don't really think they are old enough to really appreciate them, but hopefully this will help them learn the letters in their names!

It took me a long time to figure out the best font to use and I ended up with something called "rabbit on the moon". It had a fun kid like feeling to it. 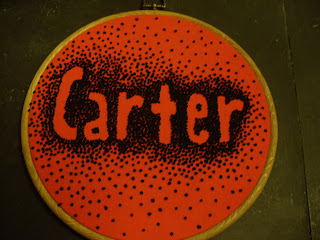 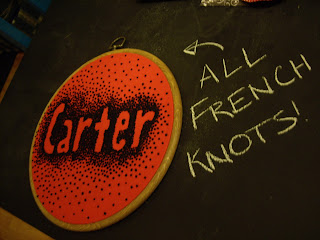 The red one had a blue backing like Spiderman, and the green one has a lighter tone backing on it. The green one I did in various floss colours of green. ( This was due to the fact that I thought I had a lot of green thread, now, I have none, as this project absorbed about 8 skeins of different colours of thread!) 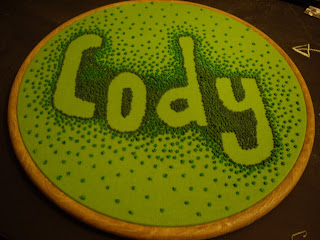 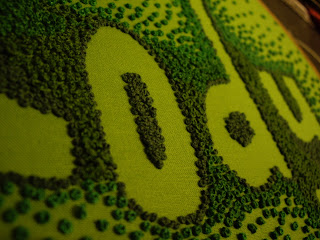 Hope you like these - They were a lot of fun to do and fairly simple.The Bonus is that I am now a super whiz with french knots.
Email Post
Labels: christmas Crafting embroidery frugal hoopla