Today's Post is brought to you by the letter's C and R! 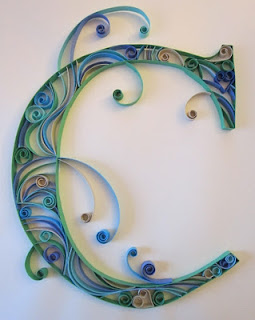 Here are the initial's of my swap partner and her hubby for this most recent swap I have completed. I had my hand again at doing some more monograms with paper quilling. I really like the way these turned out even more than the first ones I did. 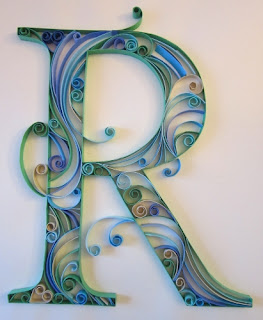 I think the font I used on this one was much more simple ( times new roman) and I think that helped to simplify the letter, giving it a bit more contrast between the swirly lines and the hard lines. 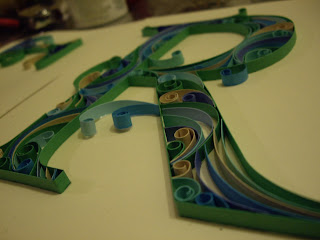 This really is like doodling, these two took me about half the time as the first two of these that I made.  It's really a zen like activity, not a lot of thought just patterns. 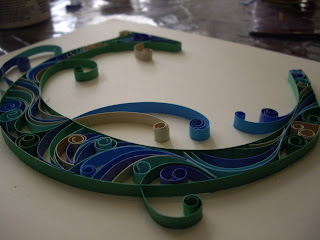 There are a lot of possibilities with this art form that I have barely touched the surface on. I really do think it's quite keen though and do believe I will explore quilling a bit further.

I did a full tutorial on quilling on instructables.com.
(I also sell Custom Quilled Monograms on my Etsy site, so if you like these and don't want to make it yourself, I would be happy to make one for you!) not true any more! Sorry, I no longer sell these.
Email Post
Labels: frugal monograms paper craft quilling