I found these two tiny fantastic frames at a thrift store and I hummed and hawed about what I would fill them with! I settled on putting two animal "portraits" inside them and began looking at several animals and I finally decided on two fox faces. 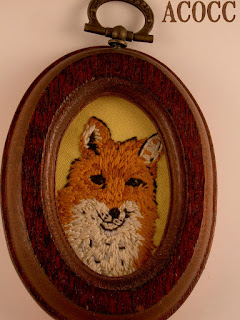 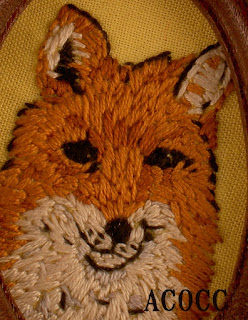 I had a fantastic nature book just on foxes so I drew out two images of foxes and as I was drawing them I decided they were the same fox and that his name was Frank. I then began stitching away. I am in a phase where I am trying out more "realistic" stitching and even though this is fairly stylized, I was trying to use some more subtle colour choices to add shading and highlights. 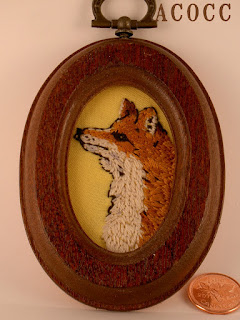 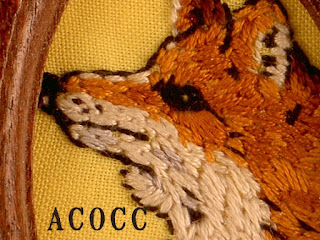 These will be my first finished item ( not custom) that I am selling on my Etsy site, so if you are interested they are for sale.   I can make you one kind of similar because I just SOLD both of these guys... 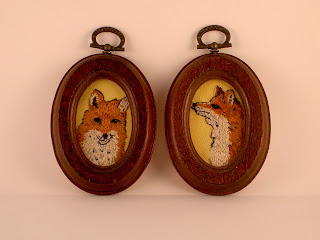