Quiller Air - The final in my series of Elements

In my Quilled Elements Series I have finally reached my end, I think.  I thought there were only four elements but according to a lot of different sources there may be another "Spirit" or "Aether" so I might be doing another one, but for now of the standard four elements this is it! 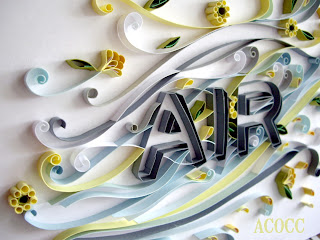 Upon the suggestion of many people on craftster, I used yellows, greys and light blues to create this air piece.  I wanted to show movement so I used flowers and there petals playing in a bustling wind to demonstrate air. 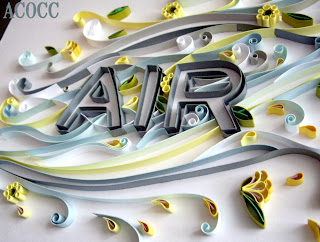 I wasn't entirely sure about which flowers to use, I did sketch up one but it was very difficult to render in that tiny, tiny scale, so I ended up doing a mostly generic flower. 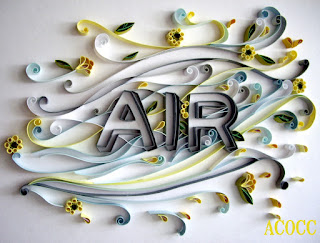 The other really great thing about this series is that Etsy's facebook Page has featured my Earth Quilled piece.  There are 2800 people who like me, they really, really like me... That was pretty keen...