The birds of hope are everywhere, listen to them sing.

This piece was part of a commission from a very creative psychologist who I have mentioned before. She really liked the idea of a piece like this, which I had a bit of difficulty creating.  Originally she was inspired by the colours of a lovebird. She sent me a great image of two lovebirds cooing together, but she wanted the bird to be flying. Well! I was trying to make lovebirds look graceful in flight in all of my many sketches, unfortunately they just don't fly very gracefully and all of my sketches turned out- well, they didn't turn out. They certainly didn't embody the image of hope.  After talking to her some more, I realized my mistake and we settled on a sparrow for the shape, but went a little more stylized with the colours. 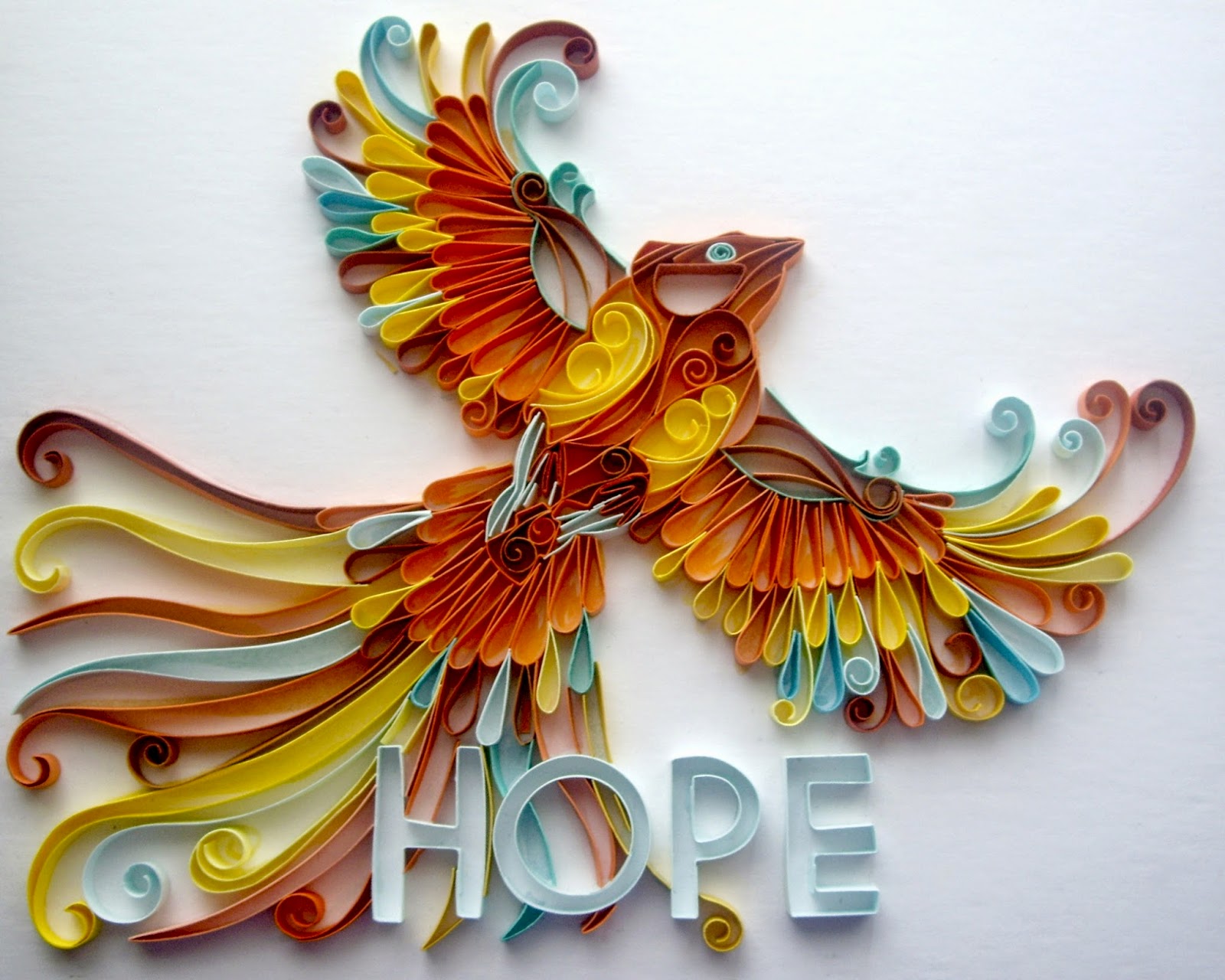